Why corporate identity is about much more than what you see

Why corporate identity is about much more than what you see

We’ve been having a major focus on corporate identity as you may have noticed on the blog recently. There was no way I was going to miss the opportunity to repurpose some historic academic work that’s been long confined to Google Drive. So here goes.

I’m going to abuse my admin privileges on this WordPress site with reckless abandon and post a rant about corporate identity.

One thing that gets my goat is when people think an organisation’s identity is its logo. Wrong.

Granted, its logo often represents a highly recognisable symbol of the identity. But it’s about much, more more than that.

J. Gordon Lippincott and Walter P. Margulies were credited back in the ‘50s for coining the term “corporate identity”. And yes, they were referring to the organisation’s logos and symbols. That’s because ‘coining’ is the operative word: they were charging the likes of Coca Cola what could be considered a small fortune back in those days for designing them.

So if everyone thinks a corporate identity is a logo, then we should perhaps be unsurprised that people who were flogging logos created this monster.

But I’m here to tell you passionately that identity as a concept is about much more than that. Think about your own personal identity. You’d reel off lots of things that give you your identity. Yes, part of that could be how you look, but you’d also point to where you live, your interests, your personality and lots of other things.

Think about the culture of the organisation. Its communications, its industry, its behaviour and its strategy. All of those feed into the organisation’s overall identity, so to focus on the logo is kinda weird.

Formally, in my dissertation all those years ago, I defined corporate identity as:
‘… the presentation of an organisation to every stakeholder. It is what makes an organisation unique and it incorporates the organisation’s communication, symbolism, culture, behaviour, structure, industry identity and strategy.’

See, I told you I wasn’t going to miss the opportunity to wheel it out!

Eyes can be deceiving

Hopefully at this point you’re sold on why corporate identity is more than a logo. Now we need to go further.

Many of us have eyes that we use to see. This is one of a number of senses we have at our disposal to help us understand the world.

Many of us use ears to hear, taste buds to taste, noses to smell and our hands to touch too.

And when you think about it, these can all be a pretty fundamental contributors to an organisation’s identity.

Take those design people back in the ‘50s. Coca Cola wouldn’t be splashing the cash on a new version of Santa every year if they didn’t have a distinctive taste.
You don’t have to even be looking at the telly to spot an Intel advert (da da do da).

If you’re Dreams beds, you want people under your covers. You want to give them a tactile experience with a comfy mattress. A logo alone is not going to make people buy beds from you.

And since you were 5 years old you would have smashed a blindfold test to identity a pot of Play-Doh from miles away. If they changed the smell nowadays, it would undoubtedly hurt sales and their corporate reputation. 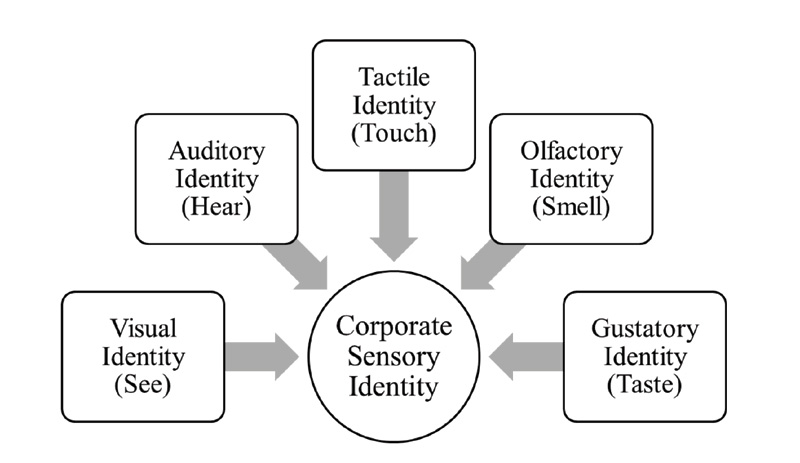 So next time you’re re looking at your organisation’s identity, and you’re off down the pub because you’ve launched your new logo, then rein it in.

All that’s for starters.

Then think about what else represents your business. How often have you been somewhere and the toilets have smelled? It radically alters your perspective of the organisation. What about the unboxing experience of products – and just how good the metallic iPhone felt when it was first released next to the plastic everyone else was using.

Get your head around all that

Then look at how you can augment your new logo. If you do video or radio advertising, how can you make something distinctive? What plays when people call your offices and they’re on hold?

Once you start thinking on a sensory level, rather than a just a visual one, the sky’s the limit.

If you want a safe pair of hands to guide you through a rebranding process, we’d love to work with you. We’ve got tonnes of experience helping organisations just like yours to relaunch their brand. Contact us now to book a call. 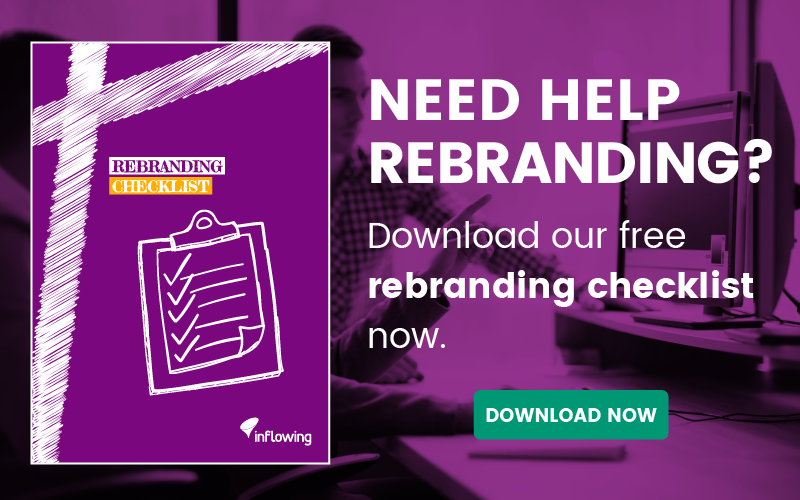