Reflection is always cool. It’s particularly pertinent when you get to the end of a year. As the bells chime to Auld Lang Syne, attention turns to what’s next. But in the words of Will Smith, to know where you’re going, you’ve got to know where you’ve been. For us, 2017 has been a rip-roaring ride of diversity. Here’s our collection of the great and the good of 2017 – with a smattering of the surreal:

Living in North East Derbyshire, in no man’s land between the Midlands and South Yorkshire, I like to think of myself as ‘pretty Northern’. I always find it fascinating how people who live near me sod off down to Cornwall and Devon spending no less than 14 years in the car to get there. Some of the UK’s best beaches can be found on the Yorkshire Coast – just a couple of hours drive away stretching from Hornsea in the south and Saltburn-by-the-Sea in the North. Not far from Saltburn, and a stone’s throw away from the world-renowned Whitby is stunning Staithes.

Being a bit of coastal cavalier, I’ve been pretty much all over the UK. I must say few places can match the charm and beauty of Staithes. A tiny fishing village, it’s a great place to take the dog/children on holiday. If you have young children, it’s also worth noting it’s where the CBeebies series ‘Old Jack’s Boat’ was filmed. With that in mind, it’s not the first place you would think of when it comes to disruptive tech firms. 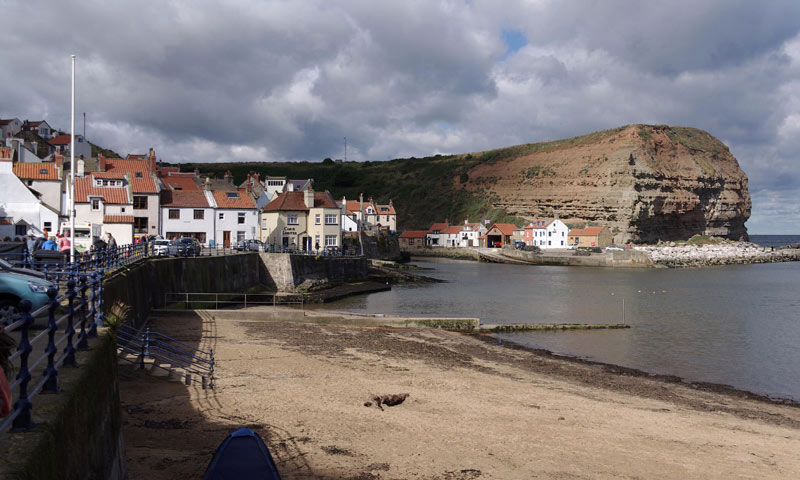 This is what I love about technology and indeed the Internet. The proliferation of high speed connectivity is now to the point where entrepreneurs and business owners can set their business up in the right place for THEM. Rather than be forced to be with the rest of the cattle in one of our cities that are bursting at the seams.

Clear Business Outcome are a leading provider of Epicor ERP solutions. And they’re based in Staithes. Selfishly, this means this coastal cavalier gets regular sea air and fish and chips. Hooray!

Boy bands were big in the 90s. As an 80s child, with an older sister, my 90s pop game is strong (if I do say so myself). So when our client James Dean Events invited us to help generate the showreel and content for the Back to the 80s and 90s festival in August, I jumped at the chance. It was pretty strange being backstage and rubbing shoulders with the stars: from 911, to B*Witched. Even stranger mingling amongst them mic-in-hand to grab interviews with them all. 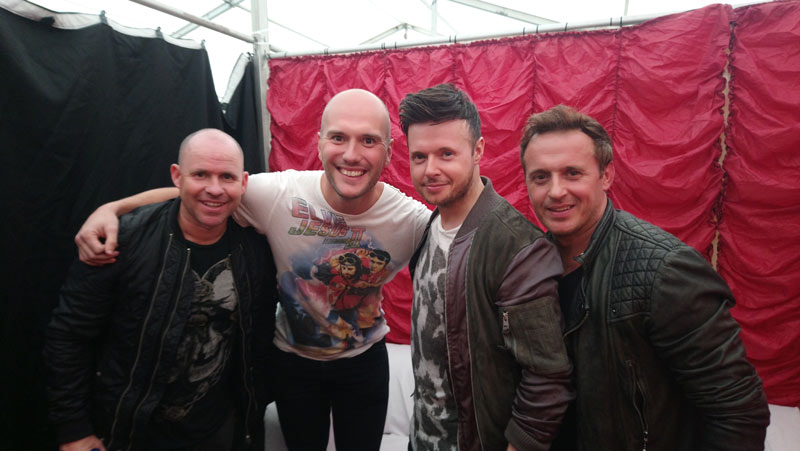 They get several thousands party goers there rolling back the years – and it’s easy to see why they’re growing massively each year. It’s a super party, and they really value the customer experience – which you always appreciate as a marketing prof. It’s also worth pointing out clearly at this stage that I tend to be more appreciative of such things with a cider in-hand. #festivalsrock.

There are few areas in tech that are buzzing as much as FinTech right now. Suffice to say, the money is swishing around and private equity capital is pouring into global tech hubs like London, Berlin and Amsterdam by the billion-load – with eagle-eyed investors all wanting to get a sniff at a FinTech Unicorn.

This is why it was supercool when we were given the opportunity to do some snazzy Avenir Digital branded t-shirts and join the thousands of people making moves around the ExCeL in London. 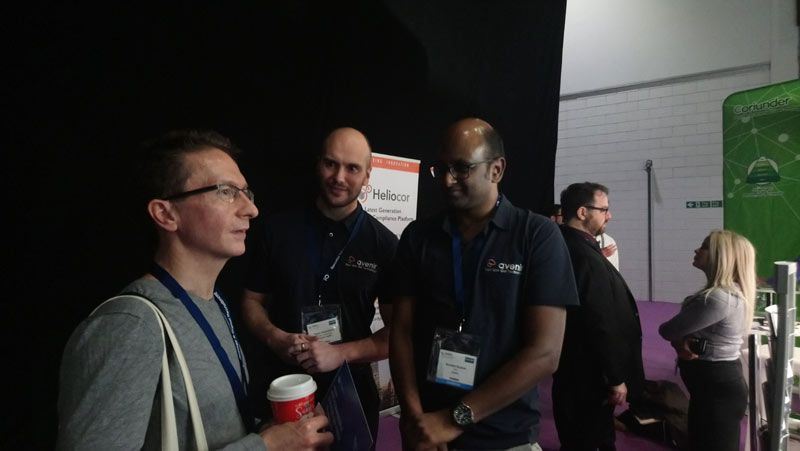 If you’re not up with the times, Avenir Digital makes chatbots for banking and financial services. Household names by the dozen are lapping up their banking bot, and as I engaged with visitors and was inquisitive about the trends, it felt like a technological zeitgeist – like I was part of this huge leap forward. As someone who’s thought a lot about artificial intelligence in the context of humanity at large, it was extremely interesting to be part of this conversation. Being there in person further cemented my belief that chatbots and AI are going to bring a significant transformation in many areas of our lives.

And that closes the end of a pretty mammoth year. Suffice to say, thanks to all of our customers and partners for helping us to make it happen. We’re all super-excited about pushing the boundaries further in 2018 and building on the great success we have achieved together this year. Hold tight for a ‘what’s coming in 2018 predictions’ post.